Read the Contract Carefully—It May Bite When You Least Expected It! 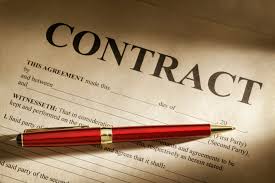 In today’s modern world, contracts are developed for much business transactions.  When everything goes well, i.e., business is good, profits are up, sales are increasing, carefully reading the contract is normally done in a perfunctory and cursory manner.  However, when business is slow, profits are negative or non-existent, a review of the contract may identify factors that were not recognized or understood when the contract was originally signed.

A business owner told our consultant a story not only going to be expensive, but difficult to resolve.  The business owner rented a dumpster for refuse disposal.  During the last year, his business had decreased to where he elected to have pickup and removal service every other week, as opposed to each week which he had before the pandemic.

A new bar opened up next to his business and the bar owner also had to have a dumpster to dispose of the cartons, bottles and beverage cans associated with a bar.  After a few weeks, the bar owner and the business owner had a talk in the back area and decided to “share” a dumpster as opposed to each having their own dumpster.  The physical locale where each business is situated is highly constrained for space, so sharing seemed like a smart deal for both businesses.  Each agreed to “share” a dumpster, thus reducing the cost of the business owner’s expenses, for he would terminate his original dumpster contract.

We always suggest that a company engage legal counsel whenever entering into any contract.  The few hundred dollars the attorney charges to review the contract is money well spent, is a legal expense to the business and provides peace of mind to the business owner when a matter such as this arises.

We also recommend that one never enter into an auto renewal subscription for any service, product, or other product offering.  This is most important when money is tight and expenses have to be scrutinized at all levels.  Be careful when buying anything, especially with a contract.